Are you considering buying a house with roller shutters?   We have some simple advice on a quick and easy way to save yourself some money and heartache!

We recently attended a job in Adelaide’s northern suburbs, where a new homeowner was left scratching his head over how to operate the roller shutters in his new home.  There was no switch on the wall, no remote controls and no manual winder in evidence.  The shutters were stuck up and there was no way to lower them, so he gave us a call. 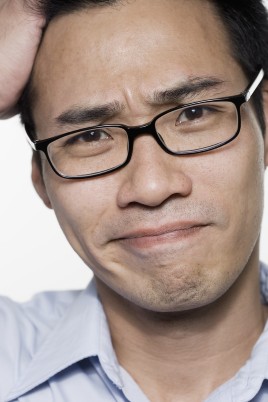 Do they make “mind-control” roller shutters?

When we arrived we were able to confirm the customer’s suspicions – the roller shutters were in fact only fixed to the outside wall and were not actually installed!  The shutters were in fact just an empty shell mounted to the wall.  It appears that the previous owner had them put up just to increase the perceived value of the house prior to sale; or perhaps they had them there as a ‘security’ feature (rather like those fake security cameras that can be mounted to look like real cameras).

Either way – it’s always a good idea to check that each roller shutter is working!  A home is a big investment and roller shutters do add value – don’t be afraid to ask to see each shutter operational before making a purchase decision!

Welcome to our blog!

"On a Roll" is our official company online newsletter. Read articles here on roller shutters, industry and company news and helpful tips for roller shutter owners.